ALL TERRAIN VS. MUD TERRAIN TIRES: WHAT TO KNOW BEFORE YOU BUY

It may be the hardest decision that any true off-road enthusiast faces. Do you go with an all-terrain or mud-terrain tire? While pavement-pounders won’t have to worry about jagged rocks, rough two-tracks, and muddy passes, anyone who spends time on the road-less traveled will tell you that the right tire can be the difference between fond memories on the trail and an outdoor nightmare. The two biggest camps when it comes to off-road oriented tires are mud-terrain (M/T) and all-terrain (A/T).

While both are commonly built with a radial construction, the tread pattern, sizing, and performance characteristics of each can vary wildly between the two. Given that many of the modern mud-terrain tires carry more refined pavement manners than those of the past, the traditional mud-terrain stereotypes of poor longevity and loud road noise no longer ring as true. In that same notion, the modern all-terrain tire is much more dynamic off-road and thankfully has more of an aggressive look than the milder all-terrains of old.

So, which is the best fit for your daily driver? To help guide you on your tire buying journey, we’re going to break down the most common areas of use. From rock crawling to road noise, we’ll examine which is best suited for each environment. To narrow down this potentially endless array of tire options, we’ll be reference two of the most prominent all-terrain and mud-terrain tires on the market—the Nitto Terra Grappler G2 and the Nitto Trail Grappler. Given that both are comparable in weight and side-wall strength, it allows us to focus on the tire’s performance attributes. Since both tires have been around for years, we can also speak to the longevity potential of each. 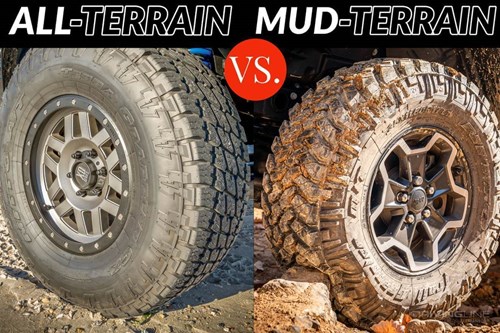 Mud is the great equalizer off-road. No matter how much horsepower, ground clearance, and articulation you have, if your 4x4 can’t clean out the mud between the tread blocks, you’ll quite literally find yourself spinning in place. This is why mud-terrain tires have larger voids between the tread and special features such as kick-out bars that help dispel anything that gets lodged between the cleats. The tighter the tread voids, the faster you’ll need to spin the tire to clean it out. This can be hard on parts and equates to a less controlled approach to wheeling. This is why the mud-terrain has its own tire category. If you frequently see mud, there’s no real replacement for a quality mud-terrain tire. 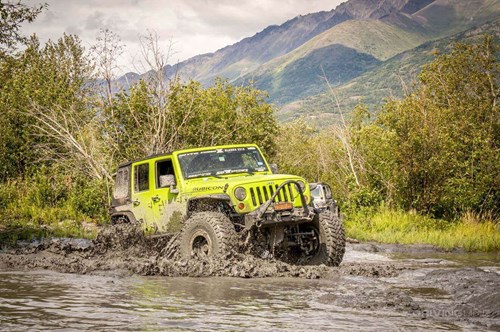 Depending on where you are in the country, sand can be a normal part of your wheeling landscape. Sand is a tricky one for your average 4x4. You want a large footprint to stay riding atop the loose stuff. Having too aggressive of a tire can be a hinderance as your rig may want to dig you down versus propel you forward. Aside from running an off-road only set of sand paddle tires on the rear of your vehicle, an all-terrain tire tends to be the better fit for this terrain. Its tighter tread design is a nice balance or grip and flotation. Air pressure here is also important. Don’t be afraid to drop your rig into the teens when sand is on the menu. 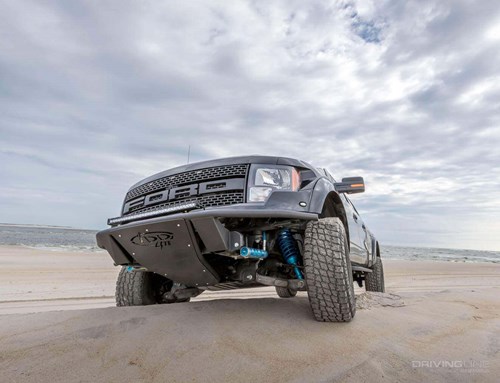 Snow is another area like sand where a specialty tire can standout over a standard all-terrain or mud-terrain tire. If we needed something that would require studs, we would opt for a more winter-oriented tire such as the Nitto Exo-Grappler. That being said, the Terra Grappler G2 will often edge out a mud-terrain thanks to a more compact design that will prevent snow from packing as easily. We’ve been impressed with how well the Trail Grappler works on snowy trails, but overall, it’s hard to beat a modern all-terrain when a mix of winter weather driving is in the cards. 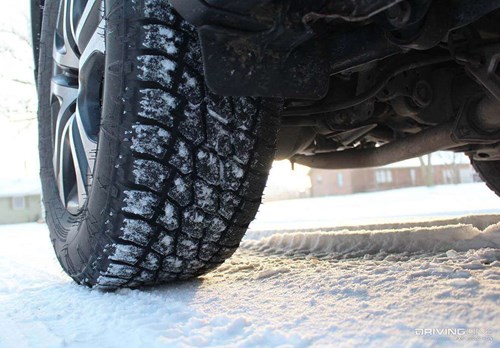 If there is one area that remains highly contested between wheelers and experts alike, it is which tire is better in the rocks. In high-traction areas such as Moab, Utah, having a large, consistent tread pattern gripping the rocks equates to more traction. For this reason, the all-terrain is an ideal choice. However, Moab is incredibly unique. In other parts of the country like Texas, and even the famed Hammer Trails in Southern California, there’s often a mix of loose dirt to content with along with the rocks. For this reason, a mud-terrain radial such as the Trail Grappler is the better choice. 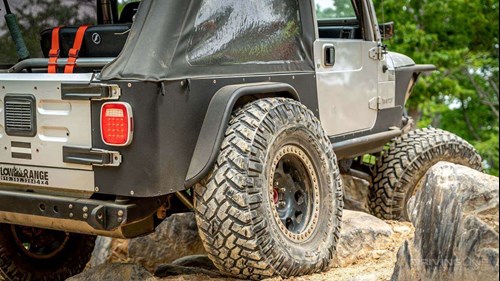 Desert two-track wheeling is largely reserved for those living in the southwestern part of the United States. It is also a unique area of off-roading where higher speeds are more common. This type of terrain is brutal on tires, especially sidewalls. With both the Trail Grappler and Terra Grappler G2 are built with a heavy-duty carcass (hello thick sidewalls), both are suitable in this terrain. This is another area that the all-terrain often has a leg up. Much of this is thanks to an often more uniformed design, with helps with stability at speed. It’s not the say the mud-terrain will work poorly here, just that the all-terrain will more often than not give you a surer foot when you are kicking up the dust. 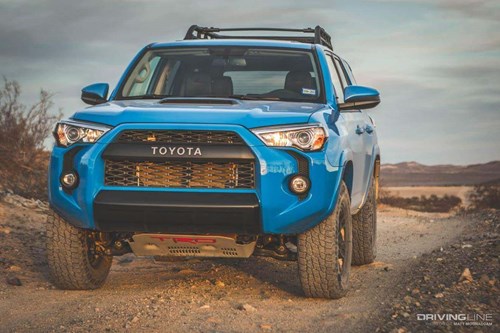 The mud-terrain radial has come a long way in the sounds that they produce. While some people love the sound roar of classic M/T, for many others, the less noise the better. The all-terrain tire is the clear winner. Even with wildly quiet tires such as the Trail Grappler, a mud-terrain by design is going to be louder that an all-terrain with very few exceptions. If you want quiet, go all-terrain. 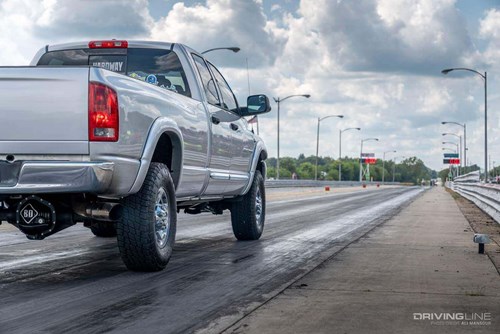 Given that most of your time will be spent on-road, it’s worth talking about the pros and cons of each tire on the pavement. Aside from the aforementioned noise, the other department that mud-terrain tires will often lag is sipes. Sipes are those small groves you see all over the tread blocks on this Nitto Terra Grappler G2. These are put there to increase grip in wet conditions. They make a huge difference in the rain, which could be a major buying factor depending on the weather where you live. It’s important to note that not all all-terrain tires will have a heavy amount of siping and there are mud-terrain radials with sipes as well. An aspect we appreciate about the Terra Grappler G2 is that the tread blocks are fully siped. This means as the tread block wears down, you’ll still have the same amount of sipes, a great feature that is not universal in the tire category. 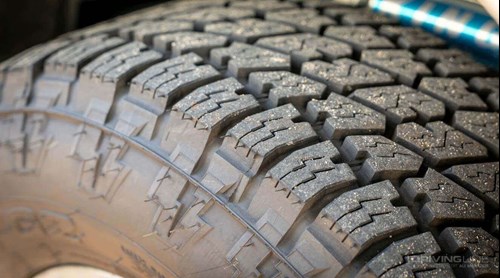 Speak of wear, let’s talk a little about tire life expectancy. Nitto backs the Terra Grappler G2 with “with a limited treadwear warranty which covers 50,000 miles for LT-metric and flotation sizes, and 65,000 miles for hard metric sizes.” The Trail Grappler on the other hand does not get the same warranty. With that being said, we’ve seen Trail Grapplers with over 50,000 miles. Much of this tread life will come down to air pressure, tire rotation and alignment. At the end of the day, an all-terrain tire is universally going to last longer than a mud tire. If long life is what you are chasing, all-terrain is the better choice. 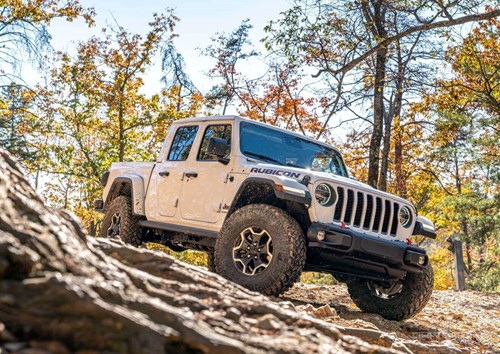 Fuel economy is one area that we’ve found time and time again that the all-terrain tire leads the pack. On average, we have calculated at least a 1 mile-per-gallon difference between an all-terrain and mud-terrain radial of the same size. Without question, having less rolling resistance is going to get you farther down the road for less. 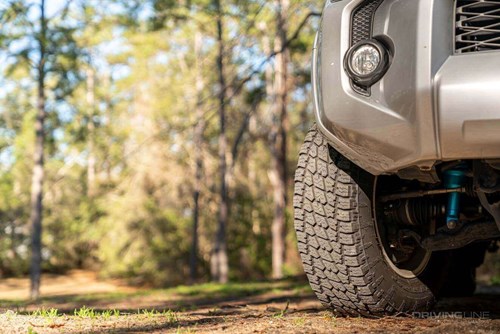 So, is there a clear winner? That simply depends on the terrain you are looking to take your adventure on. If you see yourself battling boulders and muddy trails, opt for the mud-terrain tire. A modern mud-terrain radial such as the Nitto Trail Grappler has plenty of refinement to be fit on a daily driver. If you avoid mud at all cost and only dabble in the rock crawling world, then it’s hard to pass up the all-terrain tire. As the name implies, the all-terrain works well just about everywhere. And though it’s no mud-terrain replacement, we have found that tires like the Terra Grappler G2 can hold its own in wet dirt, just not as well as a benchmark off-road tire such as the Trail Grappler. Before we can clearly crown a champion, we must mention one more tire… 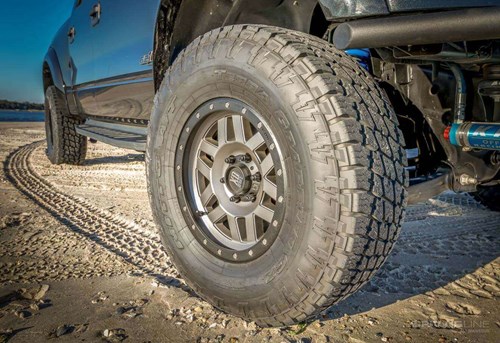 If you are wondering why haven’t tire companies built something that’s in-between a mud-terrain and all-terrain tire, well, they did. It’s called the Ridge Grappler, and as you might have guessed, Nitto puts it directly between the Trail Grappler and Terra Grappler G2 in its lineup. The idea was to create a hybrid tire that would offer many of the standout features that people have come to expect from an all-terrain tire, but the off-road performance that is often reserved for the more aggressive mud-terrain tire. This was accomplished by placing massive tread blocks with large spacing and deep sipes in a variable pitch tread design. The end result was a tire that runs quiet on the highway but offers more bite in the dirt. 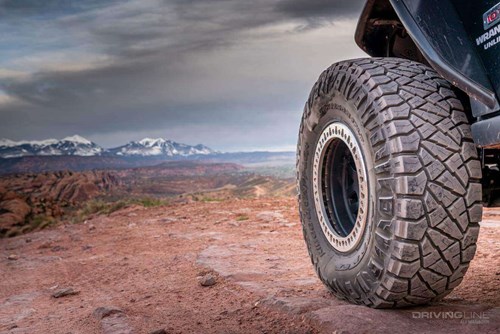